The rooster candy in these lines from the poem “Childhood” by Cahit Sıtkı is perhaps the candy that best symbolizes our childhood years, which some of us miss. Who doesn’t want money to be counted for Affan Dede and the endless childhood sweets, ice cream or chocolates bought in return? I would like to briefly mention Affan Dede in the poem before starting a cultural, if not archaeological, excavation study of where the rooster candy, which we can call the innocent expression of love and sincerity, was born and grew in cultural history.

Affan Dede is the master toy maker in Eyüp in the Ottoman Empire and even until the early years of the Republic. It is written on the Eyüp Sultan Toy Makers Bazaar website; “Evliya Çelebi’s travel diary mentions that in 1635 they worked as 105 soldiers in 100 toy shops in Eyüp Toyçiler Çarşısı. In other words, 1635 is the earliest known date that Eyüp toy manufacturing was recorded. In this sense, the manufacture of Eyüp toys goes back much further, to the 15th century…”

However, there is another part that has not been written. This is the part that is the subject of the stories told at home when I was a child among the public and even in my family. Eyüp toy shops actually produce toys not only for children but also for adults, and according to the legends told among the people, Affan Dede is also considered the master of toys prepared for these adults. Sexuality, an indispensable phenomenon in the recent or distant history of the Ottoman Empire or in the recent or distant history of human history, constitutes the main subject of these myths. If we use the pattern that İhsan Oktay Anar uses frequently in his novels, according to narrators and narrators, some ladies who come to toy shops in Eyüp have toys made. These toys, which derive from the Arabic word zubb, which means penis and called zibik, are today called dildo. The gossip of Affan Dede, who produced the best of them from ebony, was widely spread among the crew of Istanbul Nisa. In fact, one day, a woman who came to Affan Dédé said: “Grandfather, make me a clown such that he is Kurdish in width, Turkish in head and Arab in height, and Affan Dédé told him , if I find my daughter like that, I will use it for myself…” It is possible to specify it from ahbâr and nâkilân-ı âsâr.

Now it would be appropriate to dwell briefly on the sweet taste or the sense of taste… Among the five senses of humanity, that linked to taste has played a very important role in the cognitive development of human beings, in particular in the development of natural history intelligence and to acquire information about nature through this intelligence. Since the first hominids, which can be considered to have appeared about 3.5 million years ago, humanity’s familiarity with sugar, which may have started with fruit, will lead it to what and or.

First of all, it is necessary to understand that food intake and tastes carry a huge emotional load for people. Of the sensory effects created by these bitter, sweet, sour, and salty tastes, sweet has been most pleasing to mankind. The reason for this is hidden in the concept of “good food”, not in the connotations attributed to sweetness as a quality at the start. But what is “good food”? The answer to this question, according to Levi Strauss, is what food is good to consider before it is good to eat. If this suggestion is accepted as correct, flavors should have a very important place in the knowledge that men have tasted since they existed in nature and acquired through the understanding of natural history. Strauss’ argument must be correct, since the knowledge acquired about tastes, combined with the knowledge acquired through smell and the other senses, makes it possible to form a judgment about a food in memory. Well; Good food is the food that is good to think about first. Thinking, in other words, remembering or saying for example; at least for the author of these lines, “oh how nice it would be if there was a gummy pudding!” a kind of food that will make you say. However, it should be noted that Strauss’ definition also has an extremely rooted, deep and powerful ethnological and anthropological meaning.

Among these foods, especially sweet tastes, i.e. sweet foods that give a feeling of sweetness, have always been preferred by mankind for some reason. Perhaps this preference has imposed itself for the intake of sugars, which instinctively play an essential role in satisfying the body’s energy needs. Sugars, especially sucrose, which provide most of the human body’s energy needs, cannot be produced by the human body, they are only consumed. This is perhaps why it is necessary to believe that the body has programmed itself to meet its sugar needs. In this case, it may explain to some extent why foods that give a sweet sensation are preferred. To some extent, because past a certain point, it is obvious that the above connotations must be attributed to food. What are these connotations? Any cognitive accumulation in a broad spectrum, starting from the person’s personal taste, going to memory, that is, memories, and extending from here to symbolic values ​​in moral and social relations, can create these connotations. Even the fact that those who read Cahit Sıtkı’s poem may crave rooster sweets can be considered as a situation that fits the concept of “good food”. After this short explanation, let’s start the cultural dig on the rooster candy.

WHERE ROCK SUGAR WAS FIRST MADE

Rooster candy is a product that entered the Anatolian culinary culture much later. Its history in Anatolia dates back to the beginning of the 20th century or the end of the 19th century. However, if you look outside of Anatolia, refined sugar, especially beet sugar, was a brand new invention of the confectionery and pastry industry, which boomed in Northern Europe in that time. The emergence of its existence in Anatolian culture, which is enough to enter the poetry of Cahit Sıtkı, is probably in the 1940s or 50s. Because the poet, born in 1910, was thirty years old when he wrote this poem , and in his correspondence with Ziya Osman Saba, he dwells on this poem. The place where it was first produced in Anatolia is Sivas and then Erzurum. But before we begin the cultural dig, let’s look at how rooster candies are produced.

Two different methods are used to make rooster candies. One is to take it out of the mold and the other is to shape the prepared candy by hand. In both methods, a soft confection called miyane or meyane, which is obtained by roasting granulated sugar and becoming fluid, is prepared to make rooster candies. Then, as this soft confection is poured into molds, food coloring is added to it and it is expected to freeze. Rooster candies, which are hollow and the thickness of glass, are sometimes made to whistle like a whistle when blown by opening a hole. These semi-transparent or colored candies, which come in the shape of a rooster, lamb, rabbit, horse, bird, gun, locomotive and ‘a steamer, are hollow. If the rooster candy crackles when taken between the fingers of both hands, the miyane used in the rooster candy is considered to be sufficiently cooked. If it is still soft, it is understood that there is no rooster sugar yet.

As Mary Işın stated both in her book Gülbeşeker and in her statement to the Oxford Symposium on Food and Cookery in 2013, the people of Sivas who were captured in Russia during the wars against the Russians have brought to the Sivas the tradition of rooster sweets they had learned there. Region. Kemal Öznalbant, a rooster candy producer from Sivas, as determined by an oral history study, says he learned how to make rooster candies from a woman who was given as a servant to his great-grandfather. -father, who was captured by the Russians during the war. mobilization. Similarly, Rahmi Tütüncüoğlu’s father, who is now a rooster candy producer, says that when he started this business in the 1950s, he was helped by the masters who learned it in Russia before. him. 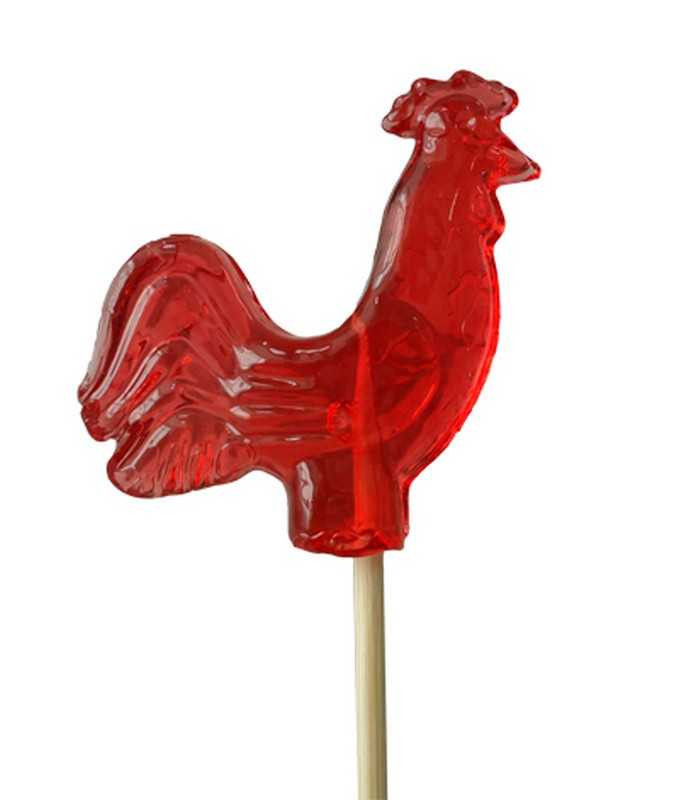 Rooster candy started to be produced in Erzurum after Sivas, and it may be because Erzurum was under Russian occupation. Rooster candy, which later reached places such as Denizli, Bayburt and Izmir, Istanbul and Ankara with the migration to metropolitan cities, is one of the tastes that are starting to disappear today.