In Mariupol, which Russian forces have taken over, besieged Ukrainians are desperately waiting to be rescued in the factory where Putin says “don’t let the flies fly”… Survivors from Mariupol have been brought to safety in Zaporizhia. The desperation and hopeful expectation of civilians for days has also taken center stage in newspaper headlines around the world.

Civilians rescued from the Russian siege and violent armed conflict have reached Zaporozhye after a 200 kilometer journey.

Among the survivors are 69 people at the Azovstal steelworks, known as the last stronghold of the resistance, where large numbers of civilians are trapped in bunkers. Although civilians were evacuated by opening a humanitarian corridor from the steel plant for the first time, it is known that many people are still waiting to be rescued inside.

Living in tunnels for days, cooking by candlelight and being threatened by Russian forces… “We thought we couldn’t get out of there”, say civilians living through nightmarish days.

LIFE HAPPENS WHEN ALL HOPE IS DONE

The Tvaris bunker could not withstand the direct hit of the Russian bombardment, those who remained inside lacked food and going out to find water might have killed them. This great ordeal for civilians at the Azovstal Steelworks in Mariupol ended yesterday when they managed to reach the safety of a parking lot of a shopping mall in Zaporizhzhia.

Members of the survivor group told the world press what they had been through at the besieged factory over the past few weeks. Along with Ukrainian troops, they had survived in tunnels under the steelworks, eaten their food while tearing through broken, bomb-spattered glass, and spent days hoping for rescue.

Anna Zaitseva, who was evacuated from Azovstal, describes her experiences as “sleeping on mats under constant fire, listening to explosions, running with her son and falling to the ground with an explosion; everything was terrible”.

Anna carried her six-month-old baby and cried as she expressed her gratitude to everyone from the soldiers who found food for her child to the international rescuers who took them to safety.

“Thank you,” he said before being taken to a private area inside the mall. He was scared, tired and devastated. But he was happy… 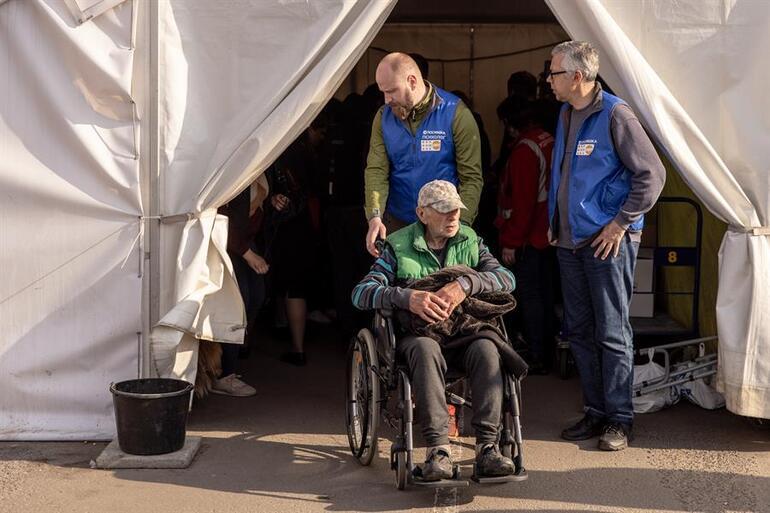 THERE IS ALSO BEHIND

The group of nearly 100 civilians trapped in their bunkers under the steelworks gained passage thanks to a deal with the Russian occupation forces that took days to execute.

But after some civilians were left behind during the operation and Russian forces launched another attack in the area with tanks and armored vehicles, a new wave of anxiety emerged.

For Elyna Tsybulchenko, 54, the quality control manager, the memory of the terrible times she experienced at the factory is very fresh. Tsybulchenko took refuge in Azovstal after the bombardment destroyed his house and the city’s water ran out, but even carrying water inside the facility posed great risks.

“We thought we were in a common grave”

“They were bombarding us every second… Everything was shaking. The dogs were barking and the children were screaming” “But the hardest moment was when we were told our bunker wouldn’t survive a direct hit,” Elyna says, describing her fear.

“We realized it was going to be a mass grave and no one could save us under fire.” she added, believing that their salvation was impossible. 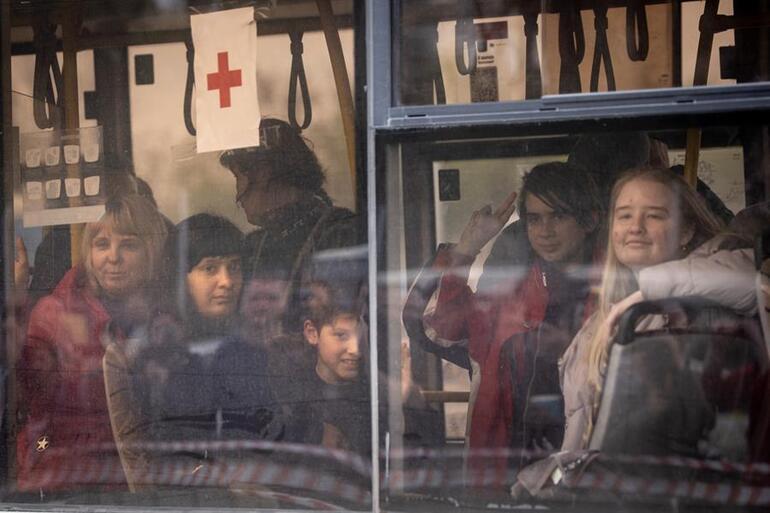 The survivors were transported to Zaporizhzhia by buses

Elyna Tsybulchenko “You can’t imagine how scary it is to wait in the bunker, in a wet and damp basement that is constantly shaking. We were praying to God for missiles to fly over our bunker, because if he touched the bunker, it would all be over.” said.

The evacuees set off from the buses to a tent in Zaporizhzhia serving hot meals. Inside, mothers fed young children. Zaitseva described how difficult it was to survive in Azovstal:

“We had to move between the buildings to find water. All the men, including my father, did it for us,” he said. “They were injured, but fortunately their injuries were not fatal.”

THEY STAYED WITH THEIR GRANDCHILDREN IN THE UNLIT SHELTER

The young woman tells that the Ukrainian troops found food for her grandson, and when this food ran out, they cooked semolina on candles. The difficulty of being confined with young children in an unlit shelter was highlighted by Zaitseva’s account.

Zaitseva explained that they tried to evacuate three times and once they got out they came under fire. Since the truce was broken, they have acted very cautiously on every attempt. For a few days now, they have been forgotten; They started to think that everyone was leaving them behind and moving on. 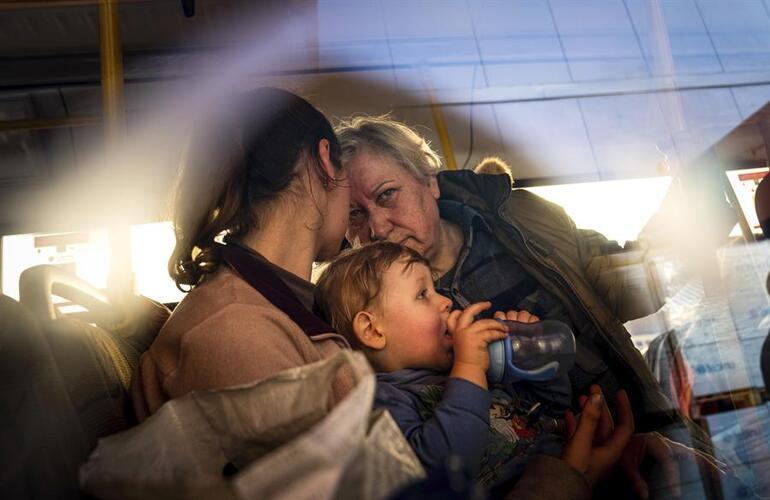 “I’m very happy to be on Ukrainian soil, says Anna, who survived Azovstal with her two children, aged one and nine. We thought we would never get out.”