Eid-ul-Fitr, which we have been waiting for, has finally arrived. After visiting the elders and winning hearts, it’s time to put our vacation plans into action. How about rediscovering the Aegean Sea in the provocative beauty of spring? The Aegean region, with its unique and magnificent geographical features in the world, is Turkey’s gateway to the world… With its rich historical and cultural texture, clean sea and golden beaches, the Aegean Sea is almost a corner of paradise… Let’s enjoy the Aegean Sea before the influx of foreign tourists begins… We have compiled wonderful vacation itineraries for you.

ODEMIS
Ödemiş, the land of Efe in Izmir, contains natural and historical beauties that must be visited. Bozdağ Ski Center, Lübbey Ghost Village, Birgi, which was the capital of the Principality of Aydınoğulları, Çakırağa Mansion and Gölcük are among the important places to see.

DIKILI
The sun shines brightly in Dikili. In our opinion, it is an ideal choice for a vacation, even if it is for a short rest. It is quite close to Ayvalık, Altinova and Bergama. It will offer you a visual feast with its forests, its fertile lands, its pure and refreshing air, its coves and its intact lakes. Do not leave without visiting Küçük Zindancık, Killik, Hayıtlı and the creeks of Pisa next door. 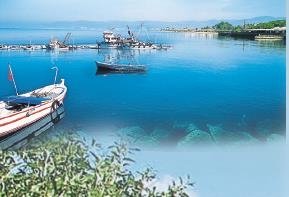 CUNDA
Cunda Island is just one of the most recognizable towns in the Aegean. The island is undoubtedly beautiful in all seasons, but it is another beautiful in the spring. Patriça Bay can be your special travel itinerary. You can enjoy the clean and shallow sea with your family. Taksiyarhis Church, one of the landmarks of the island, can catch your attention with its architecture.

FOCA
When Foça emerged as one of the 12 ancient cities of the Ionians in antiquity, it was named Phokaia due to the seals living in the sea. This name has come to the present day as Foça. Foça, the peaceful city of Izmir, is one of the few places that can preserve its unique texture, nature and history. Siren Cliffs, French Holiday Bay, Orak Island, English Cape Bays and Menteşe Island, which are the subject of legends still told among the locals, are the most popular places for holidaymakers. The Siren Cliffs, which are located on Orak Island and emerged when volcanic dust meets water, are known as the home of endangered Mediterranean monk seals. The Mermaid Rocks, also seen in Homer’s famous Odyssey Epic, are world famous.

CESM E
Çeşme is indescribable… Its beaches, each one more beautiful than the other, and the famous wind that caresses your face like a sheet, attract not only you but also surfers. Ilıca, the longest beach in Çeşme, is a well-known and famous beach. A day cruise is a good option. The island of Eşek, famous for its bays, is one of the must-see places. 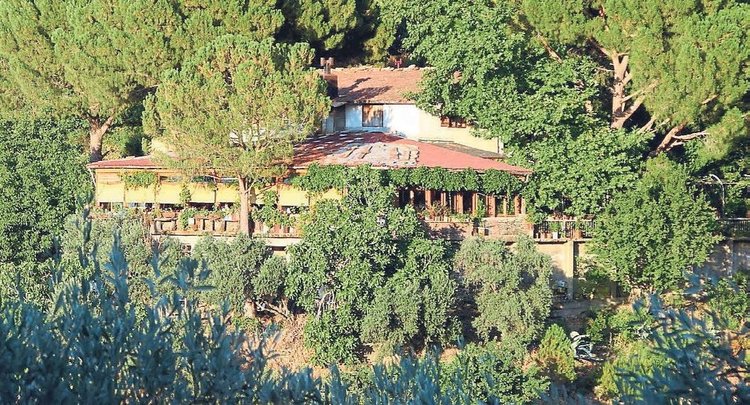 HYPHEN
Tire, which Evliya Çelebi called “The great city, the ancient throne”, is one of the must-see places. It is possible to spend a peaceful and pleasant day in this heavenly place that welcomes all shades of green. Its historical mosques, tombs, famous bazaar and craft bazaar should not be high on your list.

BASEMENT
Bodrum is the city of love whose names are written. It is one of the cutest and most beloved holiday resorts in Muğla. With its natural wonder beaches, glorious sea, sun, wind and friendly people, it is a wonderful vacation destination that becomes addictive in no time. Be sure to include Bodrum Castle, Underwater Archeology Museum, Ancient Theatre, Rabbit Island in Gumusluk Bay, and the ancient city of Pedesa in your itinerary.

ASSOS, BEHRAMKALE
Without a doubt, Assos is one of the most beautiful places where you can relax in any season. It is almost a legend with its magnificent sea and the undiscovered unspoiled natural beauties that surround it. Assos is an ancient city located in Behramkale, Ayvacık district of Çanakkale. The ancient port and the temple dedicated to Athena, the protector of the city, must be seen. Another delight you will experience in Asos is the beautiful sunset.

SIRINCE
You have visited the Selçuk district of Izmir. You visited the ancient city of Ephesus and the house of the Virgin Mary. Sirince is of course next. Built on a green slope in the middle of the mountains, Şirince is one of the must-see places with its stone streets surrounded by olive trees and its white houses with bay windows. There are cafes, restaurants and cute places where souvenirs are sold in the bazaar in the center of the village. Those who come to Şirince literally travel back in time through a time tunnel as they wander the centuries-old streets of the historic village. It is quite ironic that the old name of Şirince, which dates back to the 5th century, is ‘Çirkince’.

MONTH VALIK
Ayvalık definitely deserves to be at the top of the list of places to visit in the Aegean Sea. You can consider yourself a time traveler in its historic churches and narrow cobbled streets smelling of flowers. Ayvalık, which has been used as a settlement since the earliest times, hosted many important civilizations. Ayvalık is chosen as a colony by Mysians, Macedonians, Romans and Byzantines from time to time. Ayvalık’s history dates back to 1623. The combination of Turkish and Greek cultures creates an authentic atmosphere in the region.