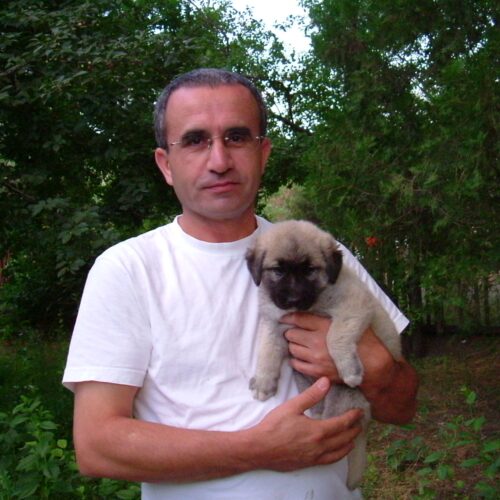 I did my PhD on Kangal Shepherd Dog. I have been breeding dogs for 27 years since 1995. Their number has varied from 1 to 4 over time. Two at the moment. I have also been researching rural dogs as a profession since 2003. I have been to all 81 provinces of Turkey. I have also traveled to over 30 countries from England to China for dog related research. Most of my academic work is about dogs. So, so to speak, I can say:I became a teacher thanks to dogs”

During my university studies in the field, I meet a lot of people. We share each other’s phones. After a while I have to call the person I met and say “Hello, I am Orhan Yilmaz” I say. I understand from a short silence that my interlocutor did not remember me. me on thatKangal dog” I say. I just say this. This time my interlocutorHaaaa teacher, is that you? I didn’t save your number etc, suddenly couldn’t remember, sorry.” said. It does not offend me at all that I was not recognized at the beginning of our telephone conversation or that my name was identified with Kangal Dog and that my interlocutor remembered me thanks to Kangal Dog. The dog was the first domestic animal. Only his loyalty, which is his most important character trait, is enough to make him a noble animal. I prefer to identify with a dog than with another animal.

One of the first questions people often ask when they meet me and learn about my work with dogs is “Professor, have you ever been bitten by a dog?” is happening. Although it’s not quite a bite, I have 2 attacks and attempted bites in my memory.

First, let me state this. “In the event that no dog in the world attacks or bites a human, the dog is not to blame, the human is at fault.“I have highlighted my degree and academic title in this claim. Many people may have suffered a dog attack, been bitten, or seen something similar from afar on another person. Tell me honestly how it happened; I explain why the human is wrong and why the dog is blameless and innocent.

An important part of my job is taking measurements from at least 10 different places, including the head of the animal I’m working with. Then I do a statistical analysis of the data I have obtained and write a scientific paper to determine the racial characteristics. I checked the data I recorded and measured the dogs on my computer. I measured about 2,000 dogs. Besides the 2,000 dogs I measured, I also did research, photo shoots, etc., both in the country and abroad. I have been in the environment with thousands of dogs for this purpose. I haven’t had any other bites.

During my university studies since 2003, I have never been bitten by large sheepdogs because I know their temperament and their mentality. Because I took my precautions before. “What precautions should be taken to avoid being attacked and bitten by dogs?If you ask me, I will give the answer to this question in my following articles. I will also talk about the stray dog ​​attacks and biting incidents that took place in Istanbul and the solutions. I can assure you that if you follow my instructions, you won’t be bitten by any dog. In case you got stung, know that you missed a point of what I said, it’s your fault. Dogs that lack the ability to think act only on their instincts and unconsciously apply what they have learned from seeing other dogs. PLEASE DO NOT BECOME.

CRIME IS ALL HUMAN.

IN THIS COMPLAINT, I REVEAL MY DIPLOMA AND MY ACADEMIC DEGREE.