AT racing is one of the oldest and most common sports. Today it is also one of the important games of chance, which is described with “Horse runs, luck wins”. Of course, there are those who like it and those who don’t, but it becomes the world of amateurs.

In our news, we will focus on the kitchen, not when the horses go to the racetrack to race. Horse owners, trainers, grooms and jockeys are the indispensable parts of the industry. Contrary to what one sees from the outside, those who deal with this case are troubled and have problems. Especially the trainers are the scapegoats of the current system… It is possible for the horse to enter the race with the signature of the trainers, but the trainers do not even know what the horse ate or drank before the race. But if doping is detected in the horse after the race, the bill goes to the trainer, and the cogs in the system keep turning.

We spoke to both trainers and horse owners at Elazig Racecourse.

COSTS ARE RISING, LIFE IS HARD

Ali Bakır, who has devoted his years to this sector, is himself both a horse owner and a groomer, explains living in difficult conditions and complains about the increase in costs. Claiming that he had been doing this trade since 1995, Ali Bakır said: “A bag of fodder used to cost 60 lira, now it’s 100 lira, oats 150 lira, horseshoes 200 lira. In the racetrack, it has become really difficult to earn a living. Currently, the cost of a horse is 8000 lire with the groom’s salary. Now, if that horse doesn’t run, if there’s a problem, if he doesn’t win the race, that’s going to be a problem for us. He must win at least 1 to 2 races per month. There are those who have never won a race, and then they are indebted to all parties,” he said.

Explaining that he has been in this business for 25 years, Nihat Deril said: “One racecourse is not enough for the East, at least two racecourses should be open at the same time. For example; Elazig and Diyarbakir suddenly have to be opened, Urfa alone is not enough. When Urfa is only open, everyone goes to Urfa, the barn is not enough. Elazig opens, Urfa closes. They should never close Urfa, Urfa should be open all the time so people can carry both racetracks,” he said.

Özcan Yıldız, owner of eight horses, said: “The worst race in Adana is 50,000 lira, here it is 30,000 lira, we don’t know why this difference exists. The Jockey Club of Turkey (TJK) organizes it. It’s like the horse is flying in the yard here, while the riding is more difficult here. Everything is out of reach here. No fodder here, no grass, very low bonus. TJK needs to equate Eastern bonuses with Western bonuses,” he said.

“WE HAVE TO EXPECT THE LAW ON DOPING”

Muhammed Karalı, one of the coaches, said he wants the drug and doping regulations applied around the world to be implemented in Turkey as well. Karalı said sentences should be reduced in this context. Recalling that the doping horse owner can avoid the penalty by paying 2-3 times the race price, Karalı said; He explained that all the blame was placed on the coach and he was kicked out of the system by being banned for life, but the system continued. Muhammed Karalı said: “I challenge Parliament. We want the doping law, which is said to have been regulated for years, to be abolished. We demand that the grievances of all trainers be removed by making a single amnesty. Since 2018, 55 coaches have been disqualified in Eastern and Southeastern Anatolia regions. The most deprived, the most vulnerable and the most victimized at the racetrack are the coaches.

Fatih Emirakıl, who has been working as a coach since 2017, also pointed out that coaches are suspended from the profession with current practices, and said not all drugs should be kept together, some should be separated for doping and others for therapeutic purposes, and a regulation should be established in this regard.

“THEY USE OUR SIGNATURE, THEY DON’T GIVE A SALARY”

The TRAINERS are victims of the financial part of the work as well as the sanctions. Saying that he has been a trainer for 6-7 years, Sabri Sayın underlined his grievance by expressing that although the horse owner took all the blame when he was first disqualified, the punishment was given to him and a similar situation was experienced. in the second penalty, and pointed out that if horse owners were punished instead of trainers, no rules would be violated. Saying that they have undertaken the training of many horses despite the risks, Mr Sayin said they only see the horse before the race.

“WE HAVE NO SOCIAL SECURITY”

Gökhan Balta, a coach since 2008, said he spent 15 years in the role but was banned for life. Balta said, “I have 3 children, this is my job, now how should I take care of these children” and continued, “We don’t have social security. The day we start working, we are debited from BAĞ-KUR, we cannot pay, we become executives. We cannot be examined in the hospital. Our life is at the end of a needle, horses have therapeutic drugs, vitamins, worms, all this is put in the same category as doping. The stable doors are open, and if someone gives a horse a chocolate out of love, it’s considered doping. Horse owners contract with trainers, but they say they are interested in the horse, they don’t show us the horse, only our signature is used. If he wins, he says take your bonus money and leave. We demand that the same rules around the world be enacted and enforced here, and we ask for a one-time pardon for coaches. 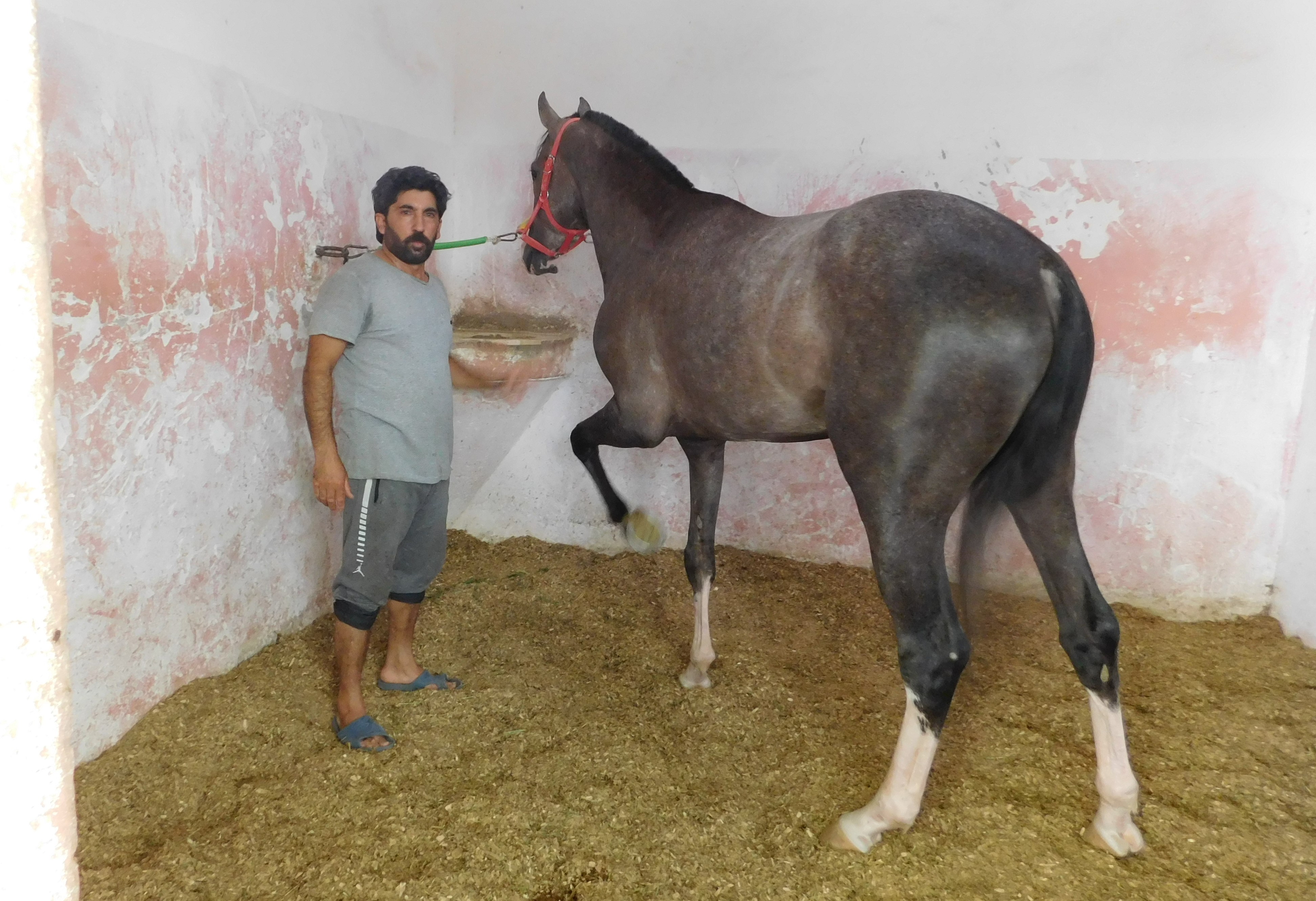