The incident happened in the Karayolları Mahallesi around 04:00. A leak occurred in the area of ​​Kadir Akdoğan Street where chemicals were stored.

According to information provided by company officials, there was a leak in the tank containing the chemical “sodium hypochlorite”, which is also used in the production of bleach. Sodium hypochlorite mixed with hydrochloric acid in another tank.

Many people were affected by the gas released when the two chemical reactions took place.

Ayhan Bayer, who guarded the storage area due to the gas and smell caused by the leak, Deniz Zeynettinoğlu, the guard of the nearby factory, and 4 people nearby were poisoned.

When Bayer, who was poisoned, requested help from the nearby factory guard, firefighters, ambulance and police team were dispatched to the scene. Firefighters wearing gas masks rescued Deniz Zeynettinoğlu from the 4th floor and handed him over to medical teams. Those who were poisoned were taken to hospital by ambulance.

2 dogs near the storage area have been reported dead due to the resulting gas and smell. Weeds near the leak area have turned yellow. The smell emanating from the factory was also felt in nearby neighborhoods.

Saying that they applied to the hospital with his son and his wife, Ali Genç said: “At 3:30 a.m., there was a smell. I thought I should look outside, I went downstairs and looked and it was worse. and I saw the same smell again. Then my son woke up and we went to the hospital with his mother. They put an IV in the hospital. They said it was bleach. The animals were in very bad condition, foam was coming out of their mouths. These grasses were green and yellowed. There is still a smell,” he said. 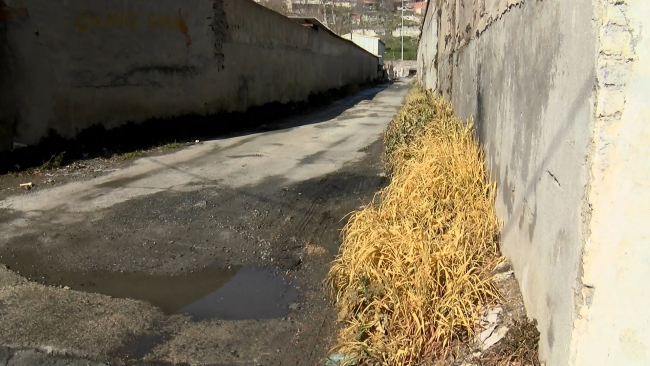 “I had trouble breathing, my heart was beating so much faster”

Deniz Zeynettinoğlu, the guardian of the subsidiary factory, who was poisoned and taken to hospital, told of his experience.

Zeynettinoğlu, who was treated in hospital for 7 hours and discharged, said: “The guard who came to the door was crouching on the floor and coughing. He couldn’t talk much. When I asked what had happened, he could not answer me. properly. He just asked for water. I took water from inside and felt a burning sensation in my throat at the time. The firefighters arrived, they jumped out the door and got me out of the 4th floor with gas masks.

I’ve been in the hospital since 4am, now I’m out. I heard that 3-4 dogs died. There was a homeless man, and the caretaker is in intensive care. I had trouble breathing, my heart was beating much faster. I vomited twice,” he says.

A person working at the factory next door said: “There was a black dog, they threw it in the trash. We also had a brown dog, which we kept, but he died. There was an intense smell. plants.”

Recai Aydın, the representative of the chemical warehouse and sales company, said: “We heard the news at night. It was something that happened spontaneously. There was water of bleach in the tank. The bleach you use at home. You use it at home, “We give it to textiles or something. One of our colleagues was affected by the smell. He is also in the hospital. “Good. I don’t know about lawns and dogs. It’s not very effective,” he said.

Ayhan Bayer, the chemical storage area keeper, continues to be treated in the intensive care unit.

The warehouse is sealed

After the leak, police teams from Gaziosmanpaşa Municipality and environmental engineers from the municipality conducted an investigation in the area.

It was determined that although the workplace only had a storage permit, it was for sale in the area. The workplace, which was engaged in illegal activities, was sealed off by police teams.

In addition, municipal teams carried out washing and cleaning work on the streets and streets where the leak was found.

Making a statement about the leak, Gaziosmanpaşa Municipality Police Director Aslan Öztürk said, “Here the violation of the license was detected. There is a sentence that he can perform storage activities in his license. an activity that threatens life, property and peace of people, its license will be revoked, especially under the license.” At this time, there has been a troublesome and dangerous infiltration. It has also caused a scandal in small scale. Like the administration, we will seal this place, we will prohibit any activity there and we will do the necessary follow-up,” he said.