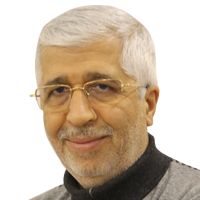 Nasreddin Hodja goes to a village. Just as you enter the village, the dogs converge and start barking. Hodja sees that the matter is serious, he is about to be assaulted. Confused and scared… The villagers don’t take care of their dogs. Desperate, “The job is done.”He wants to take a stone from the ground and throw it to the dogs. He bends down, but cannot move the stone. Whatever stone he touches, he cannot move any of them. “Gee” said Hodja, “They tied the stones and released the dogs in this country. What a strange thing!…”

One of our social media group neighbors wrote: “I came to the site at night. Five angry dogs greeted me. I did not know what to do. I was afraid, I couldn’t enter my house. I spent the night with my relative elsewhere.

People cannot enter their homes because of the dogs. What a strange thing.

The news in the print and visual media for days. Dogs attack the boy on the way to school, seriously injuring him. The child and his family are devastated. The dog’s owner does not appear. The child cannot go to school for days due to the effect of this trauma.

Dogs are free, people are captive on the roads. What a strange thing.

A few days ago I went for a walk. A smell that I did not understand was still following me. On my way home, I saw dog feces in front of the house… Turns out I stepped on it without realizing it.

We can no longer walk on the road. What a strange thing.

One of my relatives said that he didn’t accept guests in the house and the guests didn’t want to come and see him anyway. I was very confused by this situation. When I asked why, he told me that the five cats in the house took up the whole place, the smell of cats surrounded the house and there was not even a place to sleep but to sit in the house.

The bosses of the houses were animals, their servants were humans. By welcoming animals, we took people away from ourselves. What a strange thing!

Another news from Adana: “A thirteen-year-old boy riding a bicycle on the sidewalk in Seyhan district rushed onto the road to avoid being attacked by herding dogs. The child, seriously injured by the collision of the car, was lost his life.

The city thugs, killer dogs, threaten our safety, we cannot protect our children and ourselves from them. What a strange thing!

These strange sights became commonplace and the news multiplied. Worse still, we have become accustomed to this cat-dog lifestyle that we used to react to. What a strange thing!

It was said that in the End Times the children would be the masters and the parents would be the servants who were their orders. This situation has been criticized in terms of education. Now that we have passed that stage, dogs and cats have become rulers and humans have become servants. Head feet, head feet. What a strange thing!

It is said that the sun will rise in the west and set in the east, deviating from its usual course, as a sign of the end of the world. We also understand that in its concrete form, the sun will undergo an axial displacement. It was beginning to make more sense to me to interpret the shift in axis as, metaphorically speaking, the deviation and inversion in human-animal, human-object relationships. Why not? Perversion, distortion, unusual in relationships; It disturbs both the nature of beings and causes unrest in society.

It’s not just dogs that terrorize the streets. Self “animal lover” The perception created by the crowd, which presents it as Can Yucelof, “In the poem “One should be aware”Even though he has a cat and a dog at home, the child He must realize the irrationality of being afraid to possess it. Those who complain about this situation cannot speak because of the terror inflicted by the types of people he introduces with his verses, while those who are a little brave can say “In fact, I also like animals. they start their words limply.

Those who aid and abet terrorism can act like charlatans with great brazenness, and those who suffer are ashamed of their grievances. What a strange thing!

The balance of the universe is based on laws. If the laws of physics, biology and sociology are violated, this balance will be disturbed, and then the apocalypse will begin. The reversal of the water flow means that one day it will overflow. We pierced the ozone layer by interfering with the laws of physics. By interfering with the laws of sociology, we have created a climate of mistrust between people and societies. The human being, who avoids doing what is necessary for his own biology, now plays with the biology of the animal, making man and the human being his enemy. The place where the cat and the dog will live and be happy is certain. The cat is happy when it catches a mouse, not when it’s a pet. As long as the dog is with the shepherd and protects the flock from the wolf, the dog is happy, and is at peace to do what is necessary in its nature. It is unfair to the dog to confine a dog to the house, to have it neutered. This should be where animal lovers should go. The dog is loyal, he must show loyalty to his owner; he is combative, he must feel his grudge against the jackal or the wolf on the mountain. It should be the duty of animal lovers, to prepare an environment for each animal according to its nature, to produce work. It is disrespectful, unfair, and forcing the flow of water to reverse, to keep every living animal in a place other than its natural nature. Every cat and dog terror is, for those who understand, an act of rebellion against humans.

Every headache is a symptom of disease, doctors say. There are doctors who diagnose the disease based on the initial location of the pain. Illness is also a revolt of the body. The same reactions can be seen in bodies dominated by the laws of physics, biology and sociology. Every trouble cries out to those who understand that things are not going well. Epidemics, economic imbalances, wars; It is a disturbance of balance, a violation of natural laws. To be aggressive is the right of the dog, which is confined to the house and to the streets, and whose biological law is violated by castration. People don’t understand that, what a strange thing”

We are in the world of oddities. It is our destiny to live it. Our place in this climate of errors, our position is our test. How do we look at and approach which event and phenomenon, how do we behave in the face of events, and how do we provide solutions to them? This is the main problem for us.

Each era produces its own problems and brings solutions.