Chocolatier Ferrero is recalling a batch of Kinder Surprise chocolates in the UK due to the danger of salmonella. The UK Food Standards Agency (FSA) has announced that chocolate company Ferrero is recalling certain batches of eggs as a precaution as investigations into the outbreak continue.

The reminder, “Salmonella epidemicThe affected products have been reported to cover 2 batches with expiration dates between July 11, 2022 and October 7, 2022.

“WE TRY TO CONTROL”

“We know these products are popular with young children, especially around Easter,” said FSA manager Tina Potter. “We urge parents and guardians of children to check whether products in their homes are affected by the recall.” noted.

The Ferrero company, which produces Kinder Surprise, also asked in its press release that products with these expiry dates not be consumed and returned.

Although there was no loss of life in England, most of the 63 cases were said to be children between the ages of 5 and 6.

In addition to England, it was announced that cases of salmonella had been observed in Ireland, France, Germany, Sweden and the Netherlands, and that eggs had been produced in Belgium.

Salmonella symptoms include diarrhea, nausea, vomiting, and fever. Although symptoms disappear within a few days in most cases, hospitalization may be necessary from time to time, especially for young people and people with weakened immune systems.

Salmonella treatment is done by the doctor with appropriate antibiotics and supportive therapy.

HOW IS SALMONELLA TRANSMITTED?

– Human and animal wastes are not disposed of properly and their mixing with spring waters,

-It can be contaminated due to insufficient chlorination of drinking water and tap water.

– Foods such as meat, eggs, milk and dairy products carrying Salmonella and which are not well cooked,

– It can also be transmitted through raw vegetables and contaminated (dirty) fruits, spices and snacks.

Infection can occur if hygiene rules are not followed, especially after contact with reptiles such as snakes, turtles, lizards, frogs, birds and domestic animals such as chicks.

Bacteria can be transmitted from sick people to other people.

WHAT ARE THE SYMPTOMS OF SALMONELLA?

Approximately 12 to 72 hours after Salmonella bacteria are introduced into the body, symptoms of illness appear in the form of diarrhea, fever, nausea, vomiting and abdominal cramps. The illness usually lasts 4-7 days and most people recover without treatment. In some people, the diarrhea may be severe enough to require hospitalization. The disease is more severe in the elderly, infants, and people with weakened immune systems. 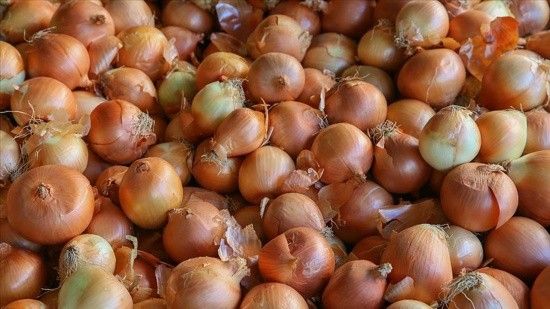 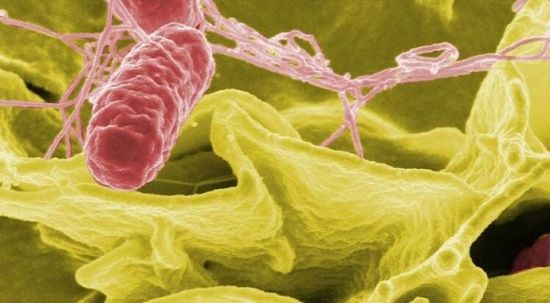 Salmonella outbreak in Canada: The number of cases has risen to 457!
The increase in salmonella cases linked to onions imported from the USA continues in Canada. The authorities have warned against using the products of some dubious brands.

Here is salmonella substance by substance
A guide to recognize the bacteria highlighted during cases of poisoning in the barracks: Hygiene is essential. It can even be in tzatziki. It can kill if not taken seriously.