In the wave of protests that have rocked Latin American country Chile in recent years, the stray dog ​​named El Vauqita (cow) stands with insurgents and defends protesters with his other friends from police attacks . Vaquita, who is at the forefront of the fighting line, is shot in the leg by police during a demonstration. A very interesting hike was organized when the Vaquita, a difficult to tame dog, refused to take him to the vet. Vaquita’s barricade comrades threw the resistance dog after them, staging a mock march to the vet. So the dog, whose wounds had healed, later joined his comrades.

However, this is not the first time that resistance dogs have climbed barricades in Chile. Although no longer alive today, the stray dog ​​named ‘Negro Matapacos’ wasn’t just a dog on barricades for the past decade. After becoming an inescapable symbol of the insurgents, he also intrigued Chilean sociologists and made his name known to academia. When we tinker with why and how it became a symbol, we realize that stray dogs actually represent much more than “street dogs”.

First, let’s hear the story of our animal friend with a red scarf, who knows who to bark at and show his love. It has a rather remarkable name: ‘Negro’, which means ‘Black’ in Spanish, is not surprising given the color of the animal. However, Matapacos, which is a combination of the verb ‘Matar’ meaning ‘kill’ and ‘paco’, which corresponds to ‘polis’ in Chilean slang, explains the political orientation of the resistant dog. However, his middle name will be a name he earned years after he was born.

Maria Campos opened her door in 2009 in Matapacos, born a stray dog ​​in Santiago, the capital of Chile. Despite adopting his new owner, the stray from Matapaco loves to wander outside the house during the day at his “nature’s” call. In the evening, on the way back, he sort of comes to Campos. Until 2011, Chile became the scene of large-scale student protests. One evening, as protests burned the streets, Matapacos returned home with a red scarf around his neck. Campos realizes at this moment that Matapacos not only go out during the day, but also participate in demonstrations.

Meanwhile, Matapacos begins to gain popularity in the universities as he resists with militants on the front lines of the barricades. Indeed, one day, Matapacos risks being run over by a police vehicle during clashes. When Campos does not have the means to pay for the operation, the students mobilize and the money is paid by the comrades of Matapacos.

Of course, this incident increases the tension at home: Worried for the animal’s health, Campos imposes a “ban on participation in demonstrations” in Matapacos. However, despite the ban, Matapacos, who hears the protesters’ voices outside, gets angry every time and scratches the door looking at Campos, who takes care of him. Weeks of perseverance pay off and the Matapacos eventually return to their fellow fighters. This is how Matapacos becomes ‘Matapacos’…

This dog, which has become a symbol of actions, is then taken care of by university students from the capital Santiago and supported by them. The roles change when the teenagers face a police attack, this time with Matapacos watching them. The most surprising part is that Matapacos goes to the scene of the action before all the students and returns to school alone after everyone else wherever.

The fact that Matapacos were at the forefront of the street struggle and quickly became a symbol also affected Campos’ circle of friends. A strict Catholic friend tells him that “this dog is bad”. However, Campos argues that these words are meaningless, as Matapacos receives Campos’ “prayer of protection” every morning before going to protests…

WHY DO DOGS LEAN ON RESISTANCES?

All the actions of Matapacos allow him to easily link up with the insurgents and even to become a world figure of the resistance. Plus, he’s not the only name on the “resistance dogs” list. Of course, while everyone agrees the animal didn’t make a “conscious” choice, let’s get a scientific answer first.

Speaking to BioBioChile, veterinarian Erick Lucero recalls that stray dogs often act in groups and thus participate in protests. “When there are groups of people walking around, it attracts the dogs and they get excited and follow,” says Lucero. 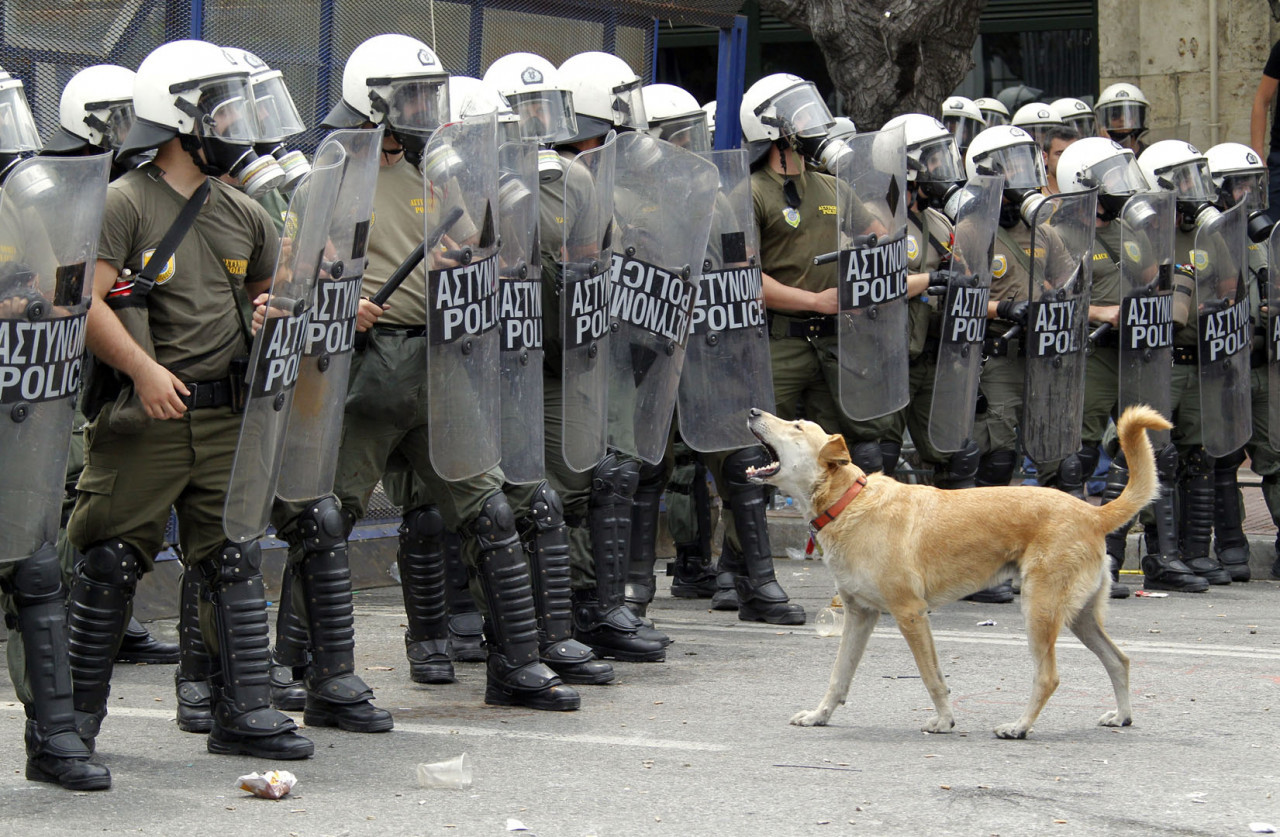 No one can say that the Chilean students really took into account his “political conscience” by symbolizing Matapacos. So let’s leave Lucero’s digital course putting what we have learned in our pockets and move on to the verbal course of Chilean sociologist Jaime Rodriguez to talk about the iconography of the work.

In the Matapacos documentary, Rodriguez identifies the symbolization of the dog with “the importance of being on the street”. Stating that the street struggle, along with nationwide strikes and other actions since the Pinochet dictatorship, have created their own “iconography,” Rodriguez also notes that what is experienced on the streets is unchanging oppression:[Matapacos] He talks about how precarious it is to be on the street. On the other hand, Matapacos also highlights the absolute precariousness and precariousness that is the reason for being on the streets. After all, he is a street dog, not a house dog. And a stray dog ​​can represent vulnerability and insecurity. Thousands of people on the street are there with the same discomfort and the same dissatisfaction with the precariousness offered by the system.

Stating that “symbols” determine the character of a mobilization and that is why they are so important, Rodriguez said: “It is no coincidence that young people and students take to the streets and express their unease when no one else can. Behind the students hides a story of precariousness and a new social order. In this sense, for example, the perception of unity emerges in the photograph of a dog. Which isn’t just any dog. There are thousands of pictures of dogs wearing bandanas standing up and attacking law enforcement agencies online. What you see on television and in the news is another thing, another iconography of what happened: the aggressor, the criminals and the criminalization of the movement…”

FROM MATAPACOS TO THE WORLD

Matapacos died aged 12 at the vet where he was treated in 2017. However, it wasn’t just his thirty-plus offspring who could claim the legacy he left behind. In the great demonstrations against neoliberal policies in the country in 2019-2020, the shadow of Matapacos was embodied and honored with a gigantic statue. There were pictures on the walls and models of the protesters in their hands. In fact, her fame spread so much that it reached the United States. There have been illustrations showing Matapacos jumping turnstiles during transportation protests in New York. Another drawing even showed the Chilean stray landing in New York, where he had swum away, ready for a fight.

Negro Matapacos or Vaquita from Chile… Kanellos or Loukanikos from Greece… Action, the stray dog ​​of Taksim, who we know from the Gezi Resistance… As the pulse of history grew stronger , each of them took their place at the bottom of the social hierarchy. They showed their side physically, yes. But partly because we need their image, they embody it. Not only did the Gazapizim inspire the phrase “Someday the stray dogs will run over your pet tigers”, but they became the unofficial representative of a group like the Matapacos if any.

Rodriguez says at the end of his words: “A dog, represented by a stray dog, these suboptimal segments, debate the power of the higher. This pattern of arguing for power is experienced by the small forces from below who rise up against the big power. Students make demands of the government, institutions ban each other, etc. All this has a reflection in the street. It manifests itself in the form of a dog, the smallest of the street hierarchies: it barks, it makes noise, it moves…” 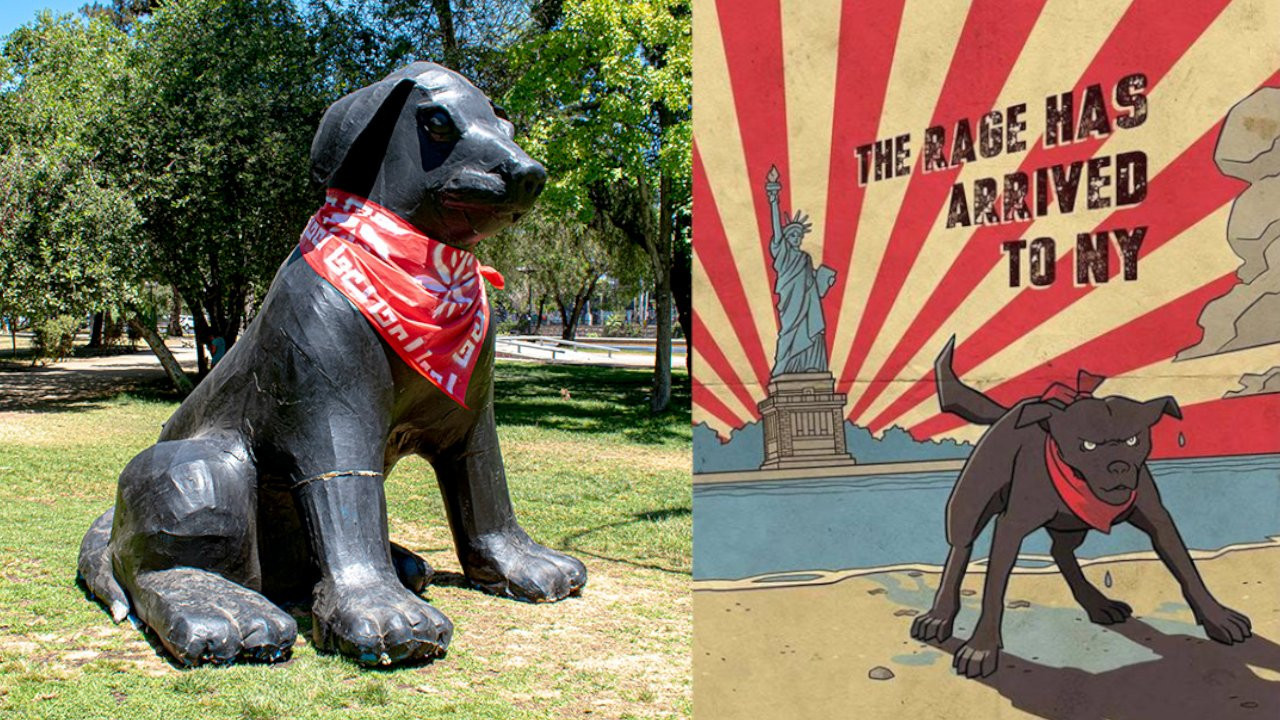