Two years ago, hitch driving in the city was abolished. In this context, it was decided that 40 horses would be put under protection and adopted by the municipality.

With the meeting of Antalya Metropolitan Municipality, General Assembly of UKOME on May 24, 2019, transport permits were cancelled.

The decision began to be implemented and the cars Stopped on June 10, 2019.

In this context, if 40 horsepower He was taken under protection at the Antalya Zoo.

THE OWNERSHIP DECISION IS COMPLETE

40 horses cared for at the zoo were presented to the Metropolitan City Council on June 12, 2019.‘support for rural development’ in the viewfinder of, ‘own the farmers in the districts through subsidies’ the decision is out.

As soon as the decision was made, the horses, whose care and health monitoring were carried out at the zoo for about 4 months, were given to those who requested them from the municipality among citizens holding breeding certificates, under supervision of the established commission. 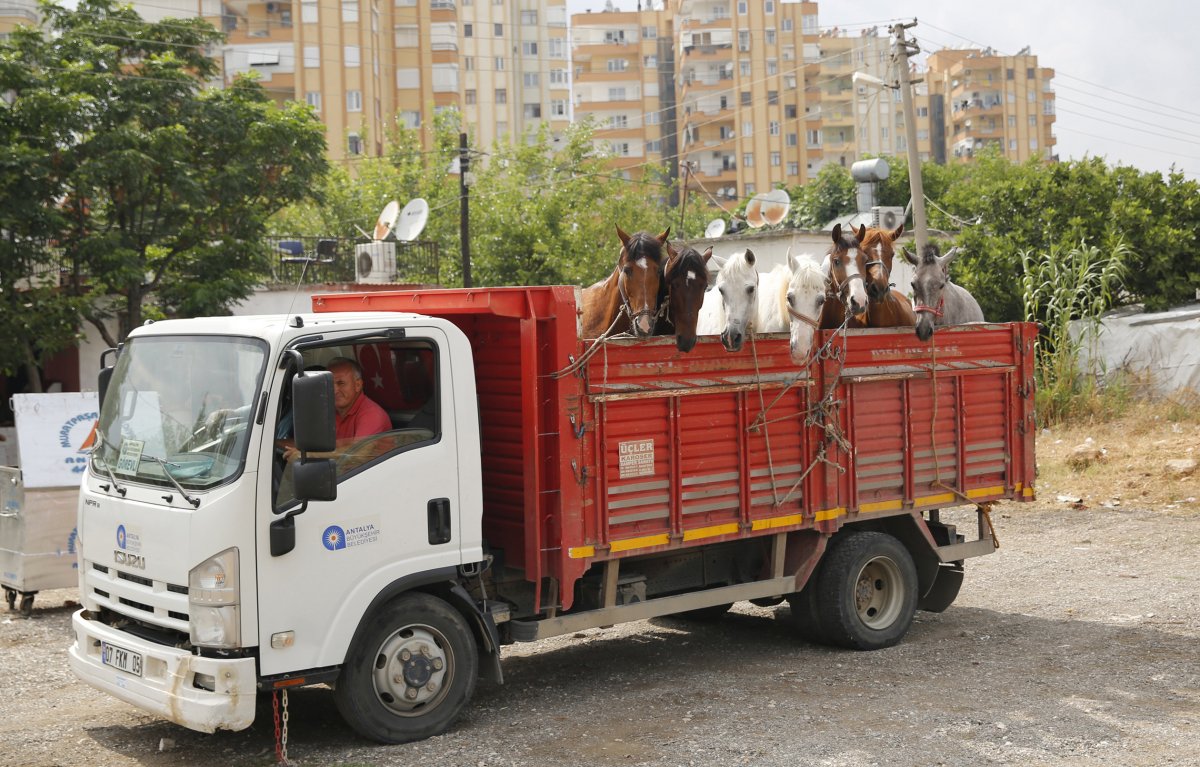 QUESTION OF ANIMALS ON THE FATE OF HORSES

Animal lover’s written request for fate of horses to Antalya Metropolitan Municipality under access to information law replied that 2 out of 40 horses died, 2 were stolen , 3 escaped into the forest and disappeared.

In the response of the Metropolitan Municipality, in accordance with the provisions of the Regulation on the welfare of farm animals of December 23, 2021, the description, the chip numbers and the delivery of the horses, which were delivered by signing the commitment, in order to ensure that the inspections and follow-ups relate to their well-being and their health, the protection of the health of the animals and their identification and registration It was specified that the information surname, first name and address of the breeders were noted . 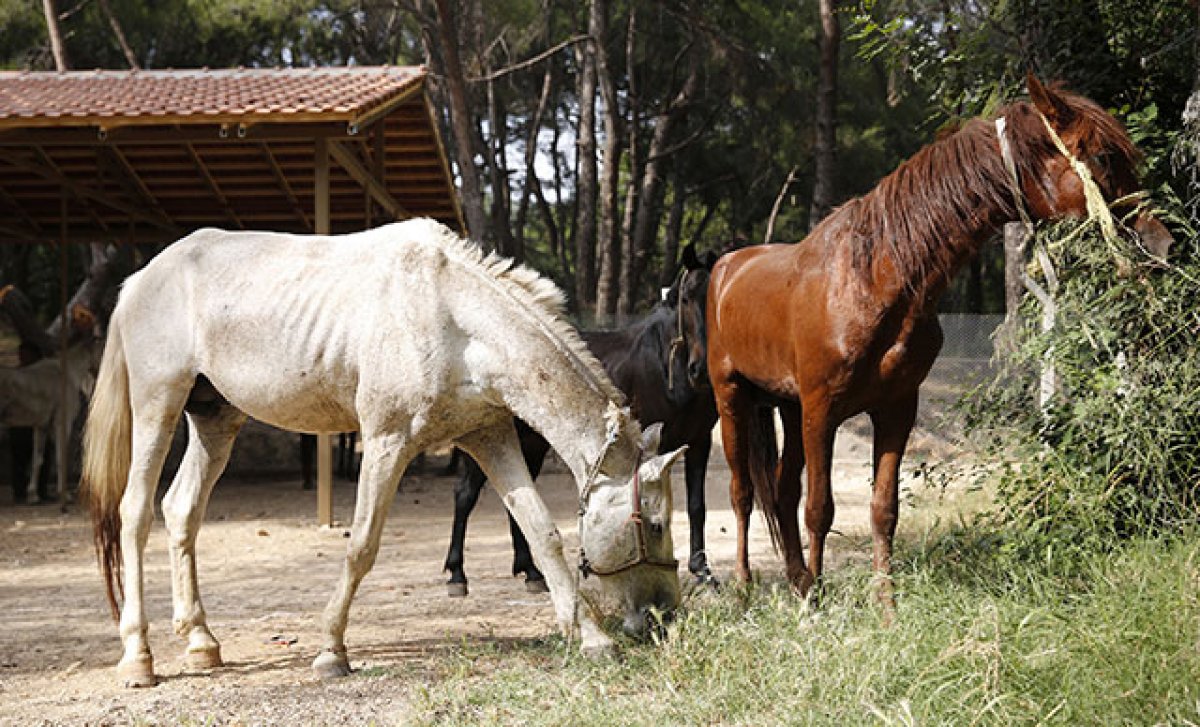 In the response that this information was reported to the provincial and district directorates of the Ministry of Agriculture and Forestry, it was noted that, in accordance with Article 17 of Section 2 of Law No. 5199 on animal protection, the authority to impose behaviors and punishment rests with the ministry.

It was reported that at the end of the last 3 months, a committee of veterinarians working within the Directorate of the Zoo Directorate reached the districts, plateaus and villages within 2 months, identifying the horses on the spot and conducting surveys. 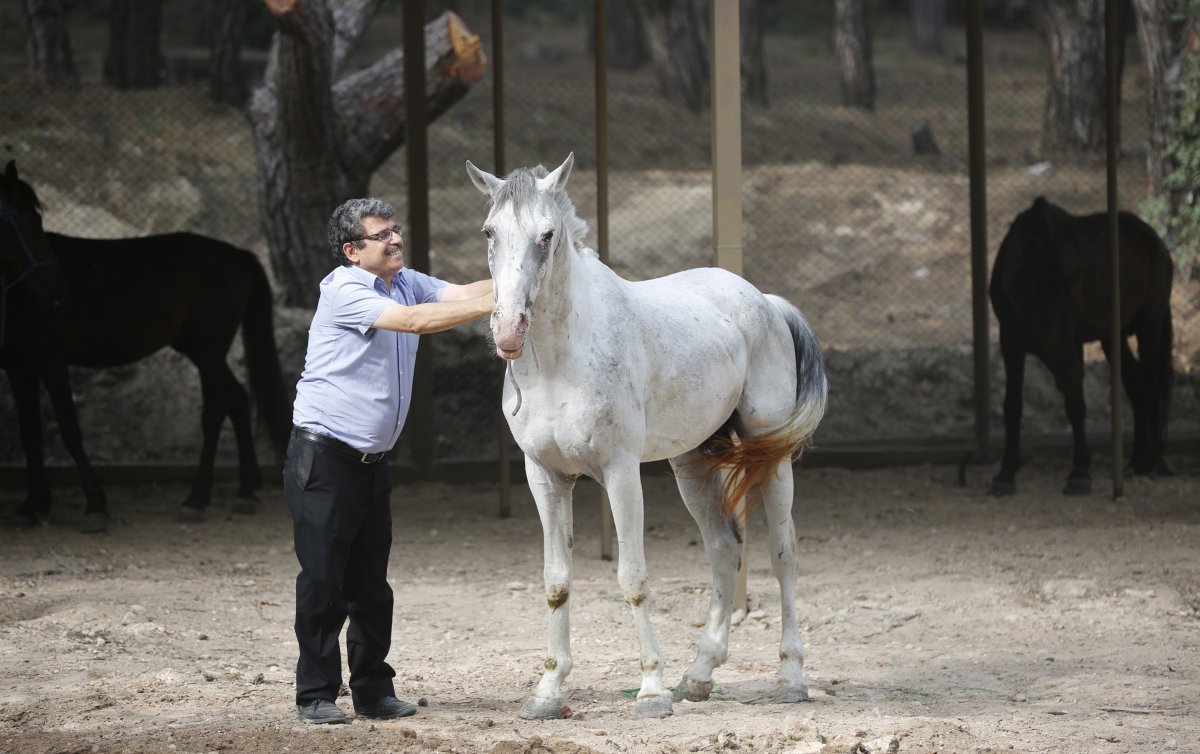 It was stated that the reason why the determinations and reviews signed with the minutes were spread over two months was that the animals were in separate regions and the staff also had jobs and duties in the zoo, and that the visits ended in March 2020.

Subsequently, it was clarified that due to the Covid-19 pandemic, checks were carried out by telephone and continued regularly, “In this context, requesting, inspecting, etc. if the Ministry of Agriculture and Forestry fulfills its functions defined for them by law. We have no such authority.

3 horses died. 2 horses were stolen (police records exist), 3 horses escaped from the plateau to land in the forest (reported to the Gendarmerie). It is available to the public” it has been said. 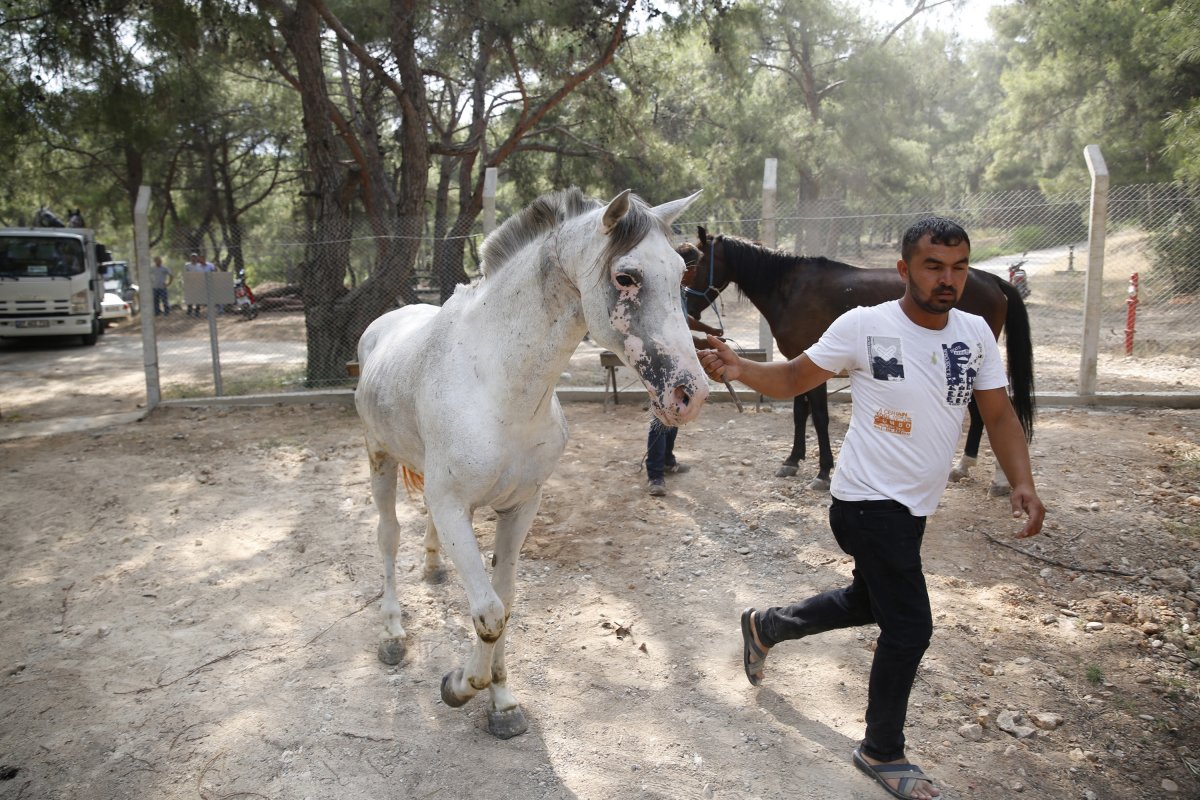 RESPONSE FROM THE PROVINCIAL DIRECTORATE OF AGRICULTURE

Following the declaration of the Metropolitan Municipality that the authority is vested in the Provincial Directorate of Agriculture and Forestry, it was clarified in the press release from the Provincial Directorate of Agriculture and Forestry that the horses used in the phaetons were distributed to the farmers of the districts with the decision of the municipal council, and that they were given to 32 farmers of 9 districts who applied to the municipality.

The districts where the horses were sent were listed as Muratpaşa, Serik, Kepez, Korkuteli, Akseki, Manavgat, Finike, Kaş and Döşemealtı.

In the statement, it was stated that the horses, which were microchipped by the municipality, were registered by the district directorates of the Provincial Directorate of Agriculture and Forestry in the registration system of Turkvet-Single Nail , which is the Ministry’s registration system, after rumen testing.

All equine horses, donkeys and mules, including horses declared in the districts by the provincial and departmental directorates, are collected for periods of 3 months. ‘Farm Animal Welfare Regulations’ It was noted that the necessary checks have been carried out and reported under the project.

NO APPLICATIONS MADE IN THE LAST THREE MONTHS

It was indicated that the final report has been done to cover the dates between January 1 and March 31, 2021, the report for the next 3 months has not yet been done, and an assessment will be made as part of the legislation concerning dead horses in the decisions to be taken this month.

Regarding the period between January 1 and March 31, it was specified that the horses were cared for with respect for animal welfare and that no epidemic disease had spread to the horses in the regions where they were. .“During the last three months, no request from a breeder has been filed with our borough directorates concerning the death or loss of animals, and the last three months will be determined according to the on-site checks to be carried out. by our borough managements.” expression was used.