The rapid rise in exchange rates since November has increased inflation and hurt markets. When the dollar rose to 18.4 TL, even exporters came to be unable to determine the price.
Those who had foreign currency on hand popped popcorn and watched with delight as the exchange rate rose. There were social media posts that increased the atmosphere of panic. Markets rose every commodity after a rise, using the rising dollar as an excuse. Those who were swayed by the comments “The dollar will be 20 TL, 25 TL” were buying dollars at 17 lira.
As the opposition pushed for a snap election, President Recep Tayyip Erdoğan once again pulled a rabbit out of the hat. (To pull off an unlikely event in a surprising way that can be considered magical) He did the “currency difference” move that got everyone in the wrong corner.
“If the deposit gain of the Turkish lira asset is greater than the increase in the exchange rate, it will earn that return, but if the exchange rate return remains higher than the deposit income, the difference will be paid directly to our citizens,” Erdogan said.

NO ONE WAS WAITING

With the new system, if the citizen’s savings in Turkish liras in the bank remains lower than the increase in the exchange rate, the difference will be paid to the citizen. The name of the new system is “Currency Protected TL Deposit”. To sum it up more simply; If you have accumulated dollars and changed to TL, the money you deposit in the bank will receive the difference at the end of the due date, depending on the higher interest or exchange rate. The advantage of this new model is that the resulting income will be exempt from withholding tax.
After Erdogan’s statement, the prices of dollar/TL, euro/TL and gold lost more than 35%. The dollar, which was at the 18.4 TL level, saw below 12 TL overnight in a way unprecedented in history. Citizens rushed to exchange offices in the morning to change their dollars!
Even economists who criticize the economic policies of the government and offer no other solution than “raising interest rates”, like a parrot, could not think of the “money difference” movement.
The reason for the profound silence of the opposition at the moment was that they did not expect Erdogan’s decision on the “currency difference”, which caused the dollar to fall by 6 liras overnight and gave confidence to the markets!
With the transition of public and private banks to the new system, inflation should decline. If the cost of living falls rapidly and wage increases for workers and pensioners do not melt away, the trump cards of “dollarization” and inflation in the hands of opposition parties demanding a snap election could vanish. .
Before the 2023 elections, the cards are redistributed between the political parties!

TO HIRE BACK MUST BUY
Now, using rising exchange rates as an excuse to buy meat, milk, bread, diesel, fertilizer, toilet paper, petrol, cheese, coffee, electricity, water, gas, oil, nappies, soap, pasta, rice, sugar, etc. It’s time for those who have gone all up on top of a bull, to pull the prices down.
When the dollar rises, it is normal for imported products such as automobiles, cell phones and computers to rise. What is abnormal are the increases in domestic production goods, especially food, under the pretext of the rise in the dollar! 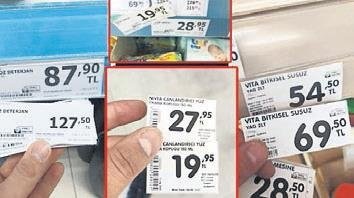 Our state should immediately put all inspectors in the field and inspect those who are using the dollar as an excuse and fundraising. Increases in the past two months in all marketing channels should be audited one by one and unfair gains should be avoided.
If the last hikes are not taken over, the ‘exchange difference’ will come out of the citizen! The main inspection must be done now!

IS THIS EXPLANATION ADAPTED?
As the dollar fell from 18 lira to 12 lira yesterday and markets regained confidence, while citizens hoped in the fight against “dollarization”, Good Party MP Durmuş Yılmaz gave the message to citizens to buy foreign currencies. 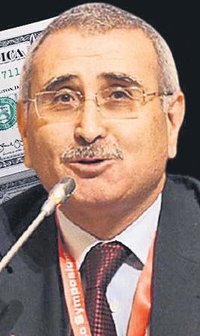 Of course, citizens can still use their savings by buying foreign currency. But saying “It’s time to have a currency” is not the job of an agent. If Yılmaz is envious of popular economists on social media, stop acting as an investment adviser!
Moreover, if a person who has been the head of the Central Bank says “opportunity to buy currency” for the current critical environment, question marks arise in my mind as to his patriotism! 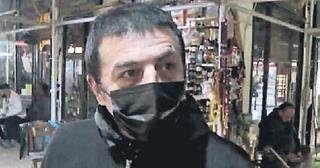 Take a look at this statement, then at the irresponsible statement of Good Party MP Durmuş Yılmaz, “Now is an opportunity to buy foreign currency”!
One is the former president of the Central Bank, the other is a pure-hearted citizen who thinks about the future of the country even if he loses the dollar he has put aside!