WALL – The fact that 2 pitbull dogs hospitalized a 4-year-old boy in Antep has inflamed debates about pitbulls and strays. President Erdogan was also involved in the discussions and called on municipalities to collect stray dogs. The municipal teams that intervened embarked on a “hunt” for stray dogs in many cities. The common opinion about pitbull dogs, which is the starting point of the discussions, is that they have aggressive characteristics.

The voluntary initiatives to protect stray animals argue that the problem is not the dogs but the local and general administration. While organizations express regret for the Antep incident, they believe the dogs are being imprisoned in shelters in worse conditions and being targeted.

As part of the ongoing discussions, Erkin Erdoğdu, the founder of Paw Protectors Initiative, which has around 30,000 members, explained the current conditions of shelters and suggested solutions. On the other hand, Sevil Pınar, who owns a pitbull dog, shared his experiences with his dog Hera.

PITBULL ALSO SHOWS MOST OF THE REFLEXES OF OTHER DOGS

The experience of Sevil Pınar, who has been raising pit bulls for years and living with his dog in the same house, goes against common belief. Pınar thinks that the communication with the dog and its education directly affect the behavior of the dog without making categories between breeds. He says he has never witnessed an attack beyond the reflexes of other dogs for years: “We adopted him when he was 3 months old. Now we have a 4 year old pitbull dog. We raised our dog with love and care; he cries when he is not loved. He constantly expects attention, just like other dogs. We always act with caution because we don’t know exactly what to do with his instincts. So far we haven’t seen any reactions other than barking.”

When you google pitbull dogs, there are usually images that are in attack position or about to attack. There are no scientific studies in open sources showing that the pitbull breed, which has been declared a prohibited breed in many countries, has aggressive congenital characteristics. It is claimed that pit bulls, which have been turned into commercial products, are used in “dog fighting” competitions in many cities. At the same time, there are dozens of news specially designed for this type. The theme of aggressiveness is covered in most news.

“There is a prejudice against the pitbull breed”

Adding that he assesses dogs without putting them in a group, Pınar argues that dog behavior is all about breeding. Sevil Pınar, who mentioned that certain breeds are particularly aggressive in his neighborhood of Bursa, said that dogs of this type; He states that he is preferred in fights. Talking about a series of videos that many people have seen on the internet, Pınar concludes by saying that we can see that the so-called wild races do not harm even babies in the same house: “In the end, we must take precautions in order not to risk human life. If it is necessary to wear a muzzle, it should be done. “I don’t think the dog will need it. I believe there is prejudice against the Pitbull breed.”

“IT IS NOT THE DOG THAT BIT THE CHILD, IT IS THE OWNER AND THE MUNICIPALITIES ARE CRIMINAL”

Consensus was not reached in the discussions that developed on the Pitbull. One advocates the confiscation of dogs, the other opposes violence and the forced detention of animals in “bad conditions”. Opposing the keeping of dogs in unsanitary and dangerous shelters on Twitter with the hashtag #Shelterreality, Paw Protectors wants to draw attention to the fact that 1,200 of Turkey’s 1,389 municipalities do not have animal shelters. Erkin Erdoğdu, who maintains that the responsibility for the child bitten by Pitbull dogs does not lie with the dogs but with the owner and the municipalities, explains this responsibility as follows: “In 2004, a law on the rights of animals, whose can say that it is good according to the conditions of this period in Turkey. He did not do it. A handful of volunteers tried to do it. At the point where we have arrived, the animals have multiplied, the attacks have increased.” Erdoğdu adds that after the incident of a child being bitten by a dog owner, stray dogs were targeted, adding that there were a contradiction between business and practice Paw protectors prioritize punishment not to all dogs, but to the dog’s owner and express that there is hostility towards animals.

“The doggies are kept in unqualified shelters”

Erkin Erdoğdu, the founder of Paw Protectors Initiative, reminded that municipalities must take animals where they are, sterilize them and return them to where they are, as required by current laws, and said: “ If an animal is aggressive, it rehabilitates it, if it is adapted to the street, it leaves it; otherwise, it continues to take care of it. Rehabilitation is a process that requires expertise. “Which municipality has an area of ​​expertise in this regard? The animals are kept in a very unskilled environment. Then they leave these animals in each other’s area. We receive data from all over Turkey,” he says. 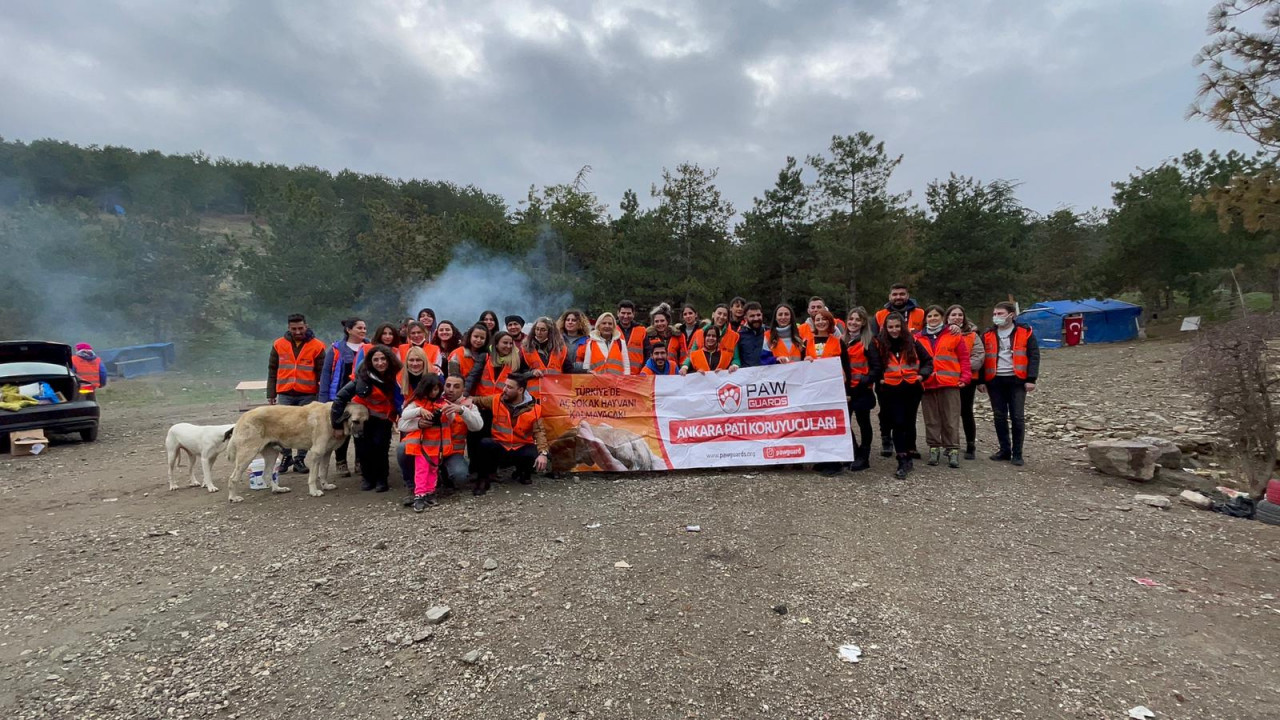 Noting that WhatsApp groups made up of volunteers have received dozens of reports, Erdoğdu claims that after President Erdoğan’s remarks, dogs were confiscated in many cities and districts, including Istanbul, Ankara and Antalya. Erdoğdu considers the practice quite populist.

‘THE BUDGET MUST BE IN PLACE, LOVE FOR ANIMALS’

Erdoğdu, stating that they will start voluntary vigils in all shelters in Turkey with their voluntary initiative, conveys the solution as follows: “The main way is controlled sterilization. We are also sorry for the children who were attacked. However, this is going to a bad place. We also don’t think the state has data. We talk about it because it’s on the agenda. Municipalities should allocate a budget for this work. Animals should be rehabilitated Volunteers have taken on this task. Donations are collected and efforts are made to care for animals. Love for animals must be instilled, it must be included in the school curriculum.