Giant pandas, which spend more than half their time eating bamboo and the rest sleeping, don’t have much interest in sex life if they have the environment they want, that is. i.e. they are happy.

Pandas settle happily if they find the perfect habitat for themselves, according to the latest study published in the scientific journal Conservation Biology. They stay in the same area and do not go in search of food or mates, which reduces their genetic diversity.

According to experts, if things continue like this, pandas will eventually die out.

So, do pandas need to be less comfortable to reproduce and continue their generation? To some extent yes, but panda abandonment issues are not their natural habitat.

Pandas are very cute to us, but apparently they’re not so attractive to each other. It’s a known fact that these cute animals prefer solitude to sex. It has been proven by many studies in the past that pandas have low libido.

This is why Chinese scientists have been working on this issue for years and often have to encourage pandas to mate.

A sign at the Chengdu Giant Panda Breeding Research Base in China’s Sichuan Province says ‘saving the giant panda from extinction is extremely urgent’, but this urgency is barely felt by the pandas .

According to a report published in The New York Times in recent years, there are many reasons for this breed’s sexual reluctance, and a significant portion of the problem stems from biological causes.

Female pandas have a fertile period of 24-72 hours only once a year. The male panda must impress and mate during this short period. If he’s unlucky, he has to wait a full year.

In a 2012 article in Scientific American, “Perhaps there is no mammal less sex-prone than a female panda” even the expression is enough to describe how low the libido of female pandas is.

For example, one of the UK’s two giant pandas was rented from Edinburgh Zoo a decade ago by the Bifengxia Breeding Center in Sichuan, China. The lease expires in December, but unfortunately the panda named Tian Tian could not give birth during this period. They had offspring in China, but a series of trials in Edinburgh, some of which included artificial insemination, sadly failed.

THEY REALLY NEED TO LOVE TO MATCH

Besides the short mating period, another reason why pandas cannot reproduce is that they are extremely selective. For two pandas to have sex, they must really like each other, and this happens very rarely.

The fact that they are mostly in captivity is also one of the reasons why pandas lower their libido. According to the director of a research center in Sichuan, less than 5% of male pandas in captivity are able to mate naturally. The majority of female pandas do not have the normal desire to mate in captivity.

That’s why Chinese scientists are trying to modify the habitat of captive pandas by simulating wildlife to relieve the pandas.

Another obstacle to mating pandas is their inexperience. Panda mating is very rare and this action takes place away from the eyes of other pandas. Therefore, young pandas do not know how to mate.

Because of this, scientists show inexperienced pandas watching videos of other pandas mating. In short, young pandas learn to mate from adult panda movies.

For example, experts from Thailand’s Chiang Mai region used this method on endangered pandas in 2006. China’s Zhang Zhihe, one of the world’s leading panda experts, explained that they encourage male pandas, who are not interested in mating, watching DVDs of other mating pandas.

In 2010, it was announced that 136 red panda cubs were born on breeding farms in China, using a “creative” but controversial technique. This method involved giving pandas sex-enhancing drugs and watching videos of other pandas mating.

Of course, each movement of the pandas under protection is an event. It may be a little irritating for them, but millions follow the sex life of these adorable animals.

According to a 2015 People’s Daily report, the mating of two pandas, Lu Lu and Zhen Zhen, caused a stir in China. While the sex life of the pandas who rarely mate was already a matter of curiosity, the fact that these two pandas took 7 minutes and 45 seconds to have sex made the news even more effective.

While pandas normally had a mating time of 30 seconds to 5 minutes, Lu Lu and Zhen Zhen were even above the normal limit. The excitement of the mating pandas Yi Bao and Jin Xin, which took place at the Sichuan Giant Panda Research Center a few months before them, lasted only one minute and 20 seconds.

THERE WAS THE REASON THEY ARE COMFORTABLE NOW

While the low libido of pandas has been explained for years by biological reasons, another reason has been added to the list with the latest research. As we mentioned above, this research suggests that pandas’ libido is so low that they are too relaxed to put in the effort of looking for a mate.

According to research cited by the Guardian, the ideal comfort level should be 80% to keep pandas alive. In other words, for pandas to breed 100% comfortable and favorable conditions Turns out he didn’t like it.

According to the research results, 80% of ideal living conditions (a cool, moderately low area, rich in bamboo and away from humans) are sufficient for pandas to breed healthily. Research shows that after this point, the reproductive success of pandas declines sharply.

The threat to pandas has not gone away, but they are no longer on the list of endangered species in the wild. This year, Chinese officials said conservation efforts, including efforts to expand the panda’s habitat, had been successful, saying pandas are now only “vulnerable” He said he was classified as

A similar classification change was made five years ago by the International Union for Conservation of Nature (IUCN). It has been reported that climate change could destroy more than 35% of panda bamboo habitat in the next 80 years.

But the latest study, published in the journal Conservation Biology, based on computer models combined with genetic analyzes of panda feces from China’s Wolong Nature Reserve, suggests that distressed habitats may benefit pandas, at least to some. respects. 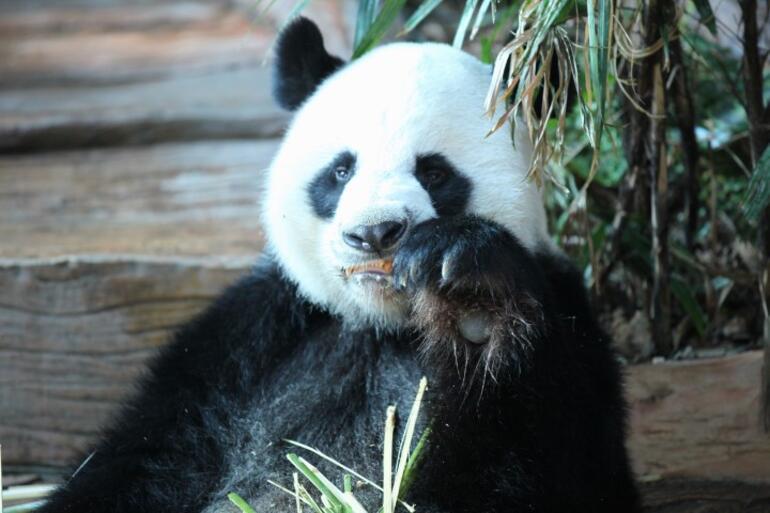 According to the study, gene flow in pandas increases directly as the comfort rate in an area increases. When this rate exceeds 80%, gene flow begins to decrease. The researchers suggest this could mean that the abundance of resources means pandas have less need to breed and spread.

However, the Michigan State University-based team also points out that there is a different trend for panda genetic diversity. This trend decreases slightly at first as the proportion of panda habitable areas in the local landscape increases, but begins an upward trend after about 25%.

“The finding that the optimal comfort level is less than 100% gives hope for panda habitat areas that are already under pressure and shows that these areas should not be overlooked as unsuitable in management plans.” , commented the research team. 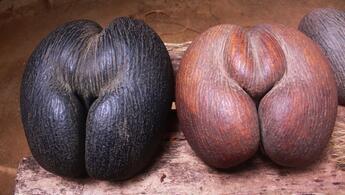 Conservation biology professor Claudio Sillero, who was not involved in the research, said the study could have implications beyond panda conservation. According to Sillero of the University of Oxford, these research findings may offer important clues for ongoing conservation efforts aimed at improving the current status of pandas.

A large enough habitat is needed to protect pandas. But this research shows that an imperfect environment can also benefit.

According to data from the World Wide Fund for Nature (WWF), the number of pandas in the world is 1864. The population of endangered pandas has increased by 16.8% in the last 10 years thanks to the contribution of the conservation efforts. In 2003, there were 1596 pandas in the world.

According to the results of the fourth national panda survey conducted in China, the number of pandas has increased, while the area where pandas live has expanded. Pandas now live in an area of ​​2 million 577 thousand hectares.

Cui Shuhong, head of the Nature Conservation and Ecology Authority of China’s Ministry of Ecology and Environment, said the latest development of pandas is a result of improved living conditions. and China’s efforts to ensure the integration of panda habitats.

The growing numbers demonstrate the authorities’ commitment to maintaining the country’s nature reserves and other conservation initiatives in recent years, but the pandas remain scattered and vulnerable. In addition, their habitats are still under threat.

Giant pandas living in the wild still face serious problems. Although the threat of poaching to the panda population has diminished, issues such as mining, hydroelectric power plants, tourism, and infrastructure construction negatively affect the habitat of the species.